As nearly everything around it has changed, Percy Ingles has been a faithful but unglamorous presence on Wanstead High Street, as on so many others. But no more – the twin pummelling of high street woes and lockdown have done for the chain and all branches are to close.

The fancy rebranding , left, would have fitted in right alongside the Ginger Pig and Harvey’s but alas is it not to be. Farewell Percy Ingles, thanks for all the bread and thanks to those who have served the Wanstead community there. Good luck to all for what comes next.

The tours – the last one of which takes place on Monday evening – shows some of the more interesting aspects of Wanstead history and environment, including the Park, St Mary’s, the George, Tarzy Wood, Nutter Lane and other favourite spots.

“I never really fully appreciated the incredible history, architecture and stories that are alive here,” he says. So after some research he put together the tour which has been receiving rave reviews. One Wansteadium reader said that a relative who has lived in Wanstead for 70 years found out lots of things that they had never known.

Tickets are £5 per household, which goes to help the Foodbank collection. You can get on to the tour by emailing Chris  at cod@hipstours.com. It starts at 8pm and there are already 100 people taking part.

Is it just Wansteadium, or has anyone else noticed a remarkable number of stag beetles wandering around Wanstead? Their sheer size is breathtaking – here’s hoping it’s a good year for them (they’re a protected

There are some interesting stag beetle facts on this page – and anyone who is keen to see some might like to visit the stag beetle reserve in the Roding Valley Park.

At least one reader was much exercised by the new-look socially-distanced Farmers Market held on Sunday.

He said he had written to John Cryer MP to protest and would ignore the market if it was held again next month.

Others commented that it was safer than going to Tesco or the Co-op. For Wansteadium’s money, it felt like people were attempting to keep their distance from each other – not religiously, perhaps, but it certainly wasn’t life back to normal.

One can’t help thinking that the wide pavement Wanstead High Street is blessed with could help play a part in life and businesses getting back on their feet.

Perhaps when non-essential shops re-open, Redbridge could signal that they could use the areas immediately outside their shops to trade more safely in the open air. This would be a nice gesture, especially since several shops received threats and fines last year for making minor incursions on to the pavement.

Two months after the April Farmers’ Market raised eyebrows by taking place despite the then recently imposed lockdown, it returns on Sunday with a few changes. 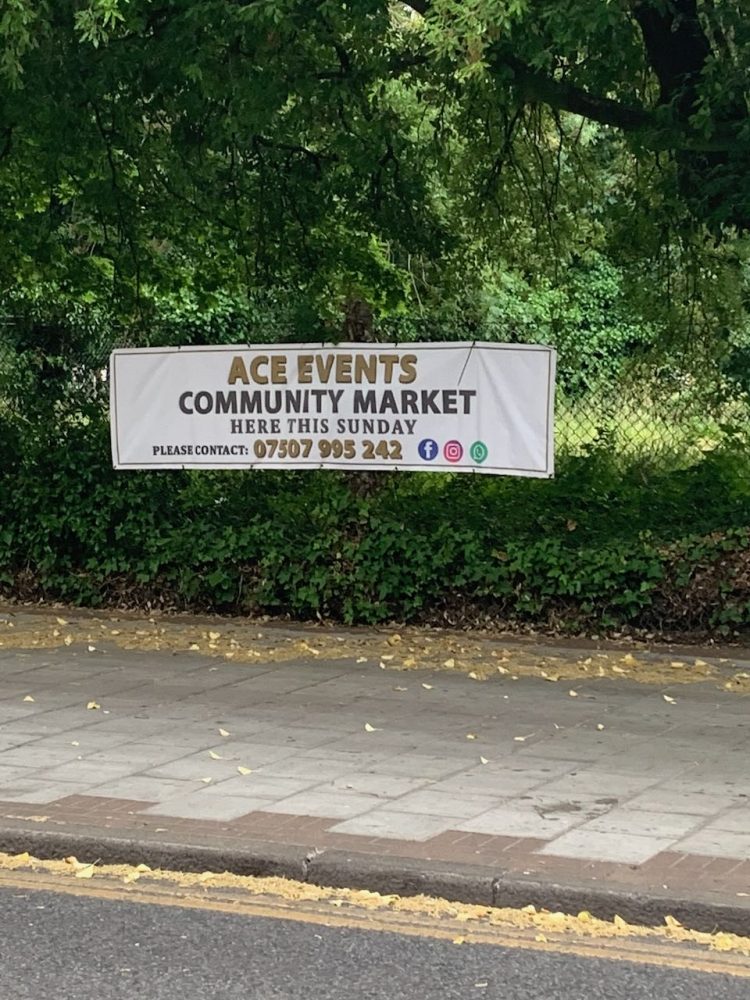 For a start there is a new name (see pic) which will get mixed reactions (who doesn’t love the idea of farmers selling their produce?). But there will also be fewer stalls, road closures and social distancing guidelines in place, thanks to coordination by councillors, Redbridge officers and market organisers.

The government gave the green light for open air markets to take place, and to help this happen safely, there will be greater gaps between the stalls, and the tops of Wellington Road and Nightingale Lane/Grosvenor Road will be closed to give stalls more space.

The council is inviting feedback here – and it will be interesting to see if the changes support the idea floated on these pages of an evening shutdown of the High Street to allow al fresco dining and help restaurants get back on their feet.

#wansteadvillage – make sure you share your views on how the road closures work at the market this Sunday. We’re keen to explore the potential for more measures like this to boost cycling and walking in our ward. @JohnCryerMP @Donno28 @dhmt93 @WVLabour @jhoward87 https://t.co/9JXjkzvCSd

This magnificent piece of collaboration by musicians in Aldersbrook deserves maximum kudos. Enjoy watching it, and then consider their Justgiving page. Special props to Father Martyn and Chris Wilcox.