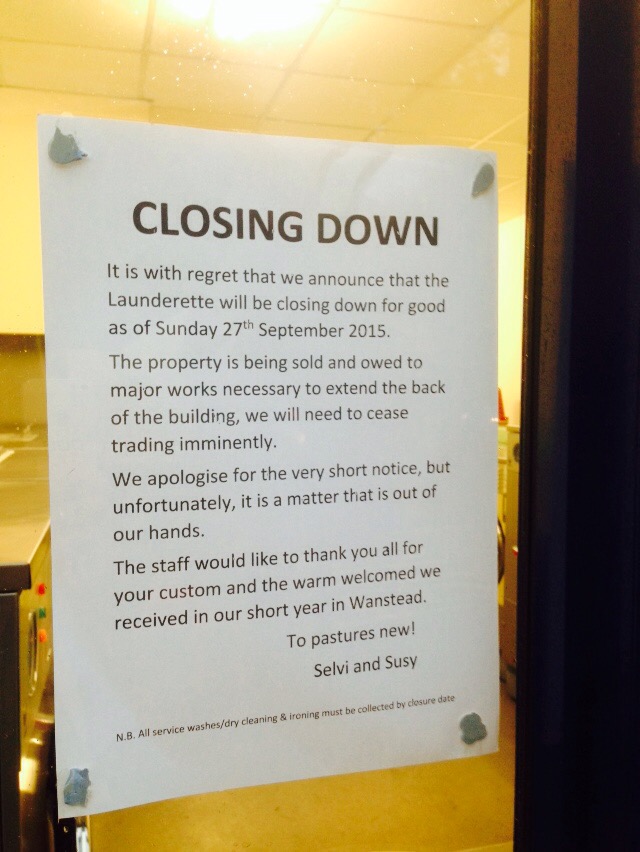 Â Quick, regulars of the laundrette on Wanstead High Street: get your washing done before the weekend. This note has been put in the window of the shop – an irony really since the DIY shop nextdoor is just about to open. (Sad to see, though, that the name The Painted House, which we thought would make a fine name for a DIY shop, has itself been painted.)

As we mark the laundrette’s passing, let’s remember the turbulent times it’s had in the past few months… from its moment of glory earlier this year in thisÂ TV advert (pictured)…

Those who will mourn its passing are invited to pay tributes below.